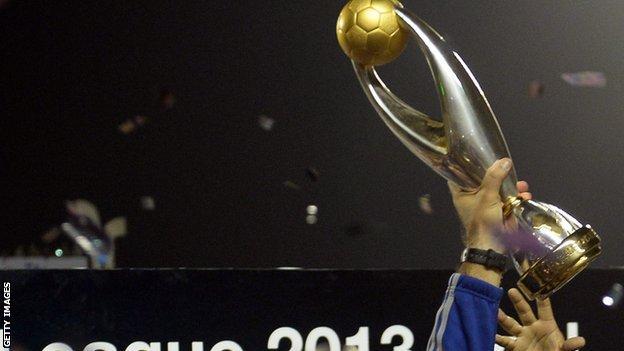 Entente Setif have been ordered by the Confederation of African Football to play their Champions League tie against TP Mazembe behind closed doors.

The Algerians' semi-final, first-leg match against the DR Congo club is to be hosted on 20 September in Setif.

Caf has banned supporters because of "repeated incidents of unsporting behaviour by fans of ES Setif".

The governing body referred to "various reports of match officials especially during the group phase".