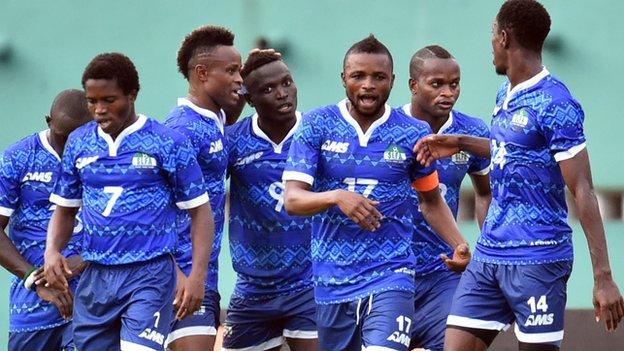 Atto Mensah has been appointed coach of Sierra Leone to replace Johnny McKinstry who was sacked on Wednesday.

The former Sierra Leone international will oversee the Leone Stars' four remaining group qualifiers for the 2015 Africa Cup of Nations.

"I'm delighted to be offered the job. It's an honour to serve my country. It's a difficult task but I'll do my best," the 52-year-old told BBC Sport.

McKinstry lost his job after recent defeats by Ivory Coast and DR Congo.

Those losses have left Sierra Leone bottom of Group D and already facing a tough task to make it to next year's tournament in Morocco.

Ghana-born Mensah's first challenge will be to lift the team for their next match, against group leaders Cameroon.

There is currently no venue for that match as Sierra Leone are unable to host matches because of the outbreak of Ebola in the country.

The Confederation of African football will review the situation on Friday.

Mensah's appointment comes four months after sports minister Paul Kamara attempted to install him as coach of the national U-20 side, a move that was rejected by the Sierra Leone Football Association who favoured another coach.

He acquired a Uefa B trainer-coach certificate only last year and has never before managed a national team or a club side.

Mensah will be assisted by former Leone Stars skipper John Sama, who played in both the 1994 and 1996 Africa Cup of Nations.

As player, Mensah was among the first batch of Ghanaians who went to Sierra Leone in 1980 to play for different top-tier league clubs.

He played for East End Lions where he excelled and became a household name in Sierra Leone after winning two league titles in 1980 and 1985.

Mensah was naturalised as a Sierra Leonean in 1987 and made his international debut in a 2-0 win against Nigeria's Super Eagles in Freetown in the 1988 Nations Cup qualifiers, providing the assist for the second goal.

He went on to play five more matches for Leone Stars in the 1988 West African regional Zone II football tournament in Guinea Bissau before he departed for Europe the following year.