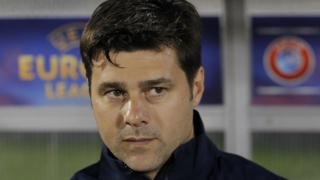 Draw was a fair result - Pochettino

Tottenham Hotspur manager Mauricio Pochettino thinks his side's 0-0 draw with Partizan Belgrade in the Europa League was a fair result.

Striker Harry Kane could have put Spurs ahead within 60 seconds only for the crossbar to deny him, and in a match devoid of clear-cut chances, Sasa Ilic wasted a chance from distance for the hosts.

Tottenham's next match is against Turkey's Besiktas, who drew 1-1 with Greek side Asteras Tripolis in Thursday's other Group C match.

Chelsea must remain humble - Lampard after win over Newcastle