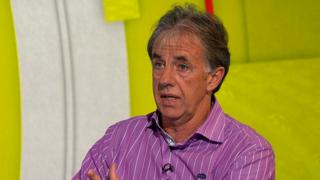 Newcastle started the weekend bottom of the Premier League without a win after four games and Pardew has accused fans calling for his resignation of "mass hysteria".

But Lawrenson says poor home form, coupled with a breakdown in the relationship between the club and the fans, means it is "absolutely impossible" for Pardew to carry on as Newcastle boss.