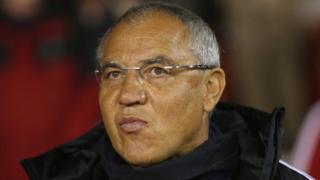 Former Fulham skipper Murphy confirmed a story appearing in a Sunday newspaper that Magath recommended defender Brede Hangeland treat an injured thigh with a block of cheese soaked in alcohol.

Murphy says the bizarre story was indicative of the way the German coach lost the faith of his experienced players and explains why the Cottagers fired Magath this week after finding themselves "in a world of trouble".