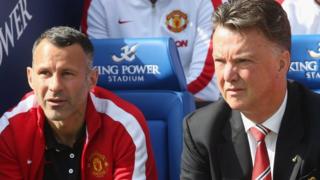 Manchester United manager Louis van Gaal says his side "made such big errors" as they were shocked 5-3 away to Leicester City.

United were on course for a win when a Robin van Persie header and a magical Angel Di Maria chip put them ahead, but Leonardo Ulloa's header reduced the deficit before Ander Herrera's back heel extended United's lead.

Leicester then hit back through a David Nugent penalty and Esteban Cambiasso equalised before Jamie Vardy and a Ulloa penalty secured the win.

For the first time in their Premier League history United have thrown away a two goal lead to lose.