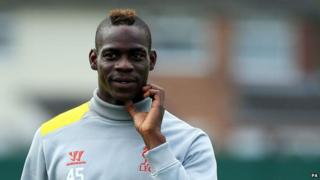 Merseyside police are investigating the abuse sent to Balotelli after he joked about Manchester United's 5-3 Premier League defeat by Leicester.

Ex-Burnley defender Carlisle told BBC Radio 5 live that sending such "shocking and deplorable" comments should be treated as "criminal behaviour".

Liverpool manager Brendan Rodgers did not speak about the issue at a news conference ahead of his side's Capital One Cup tie with Middlesbrough because of the police's involvement.