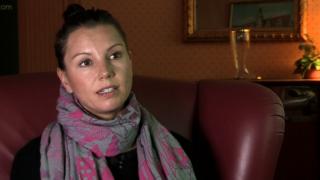 Enke been battling depression for six years when, aged 32, he stepped in front of a train.