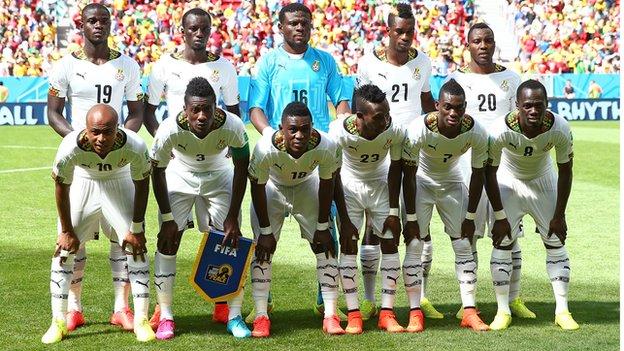 Ghana will have not have a permanent coach for their upcoming 2015 Africa Cup of Nations ties against Guinea.

Kwesi Appiah left as coach earlier this month and applications for the job closed on 19 September.

Ghana Football Association executive committee member Fred Pappoe has said that there will be an interim boss in place instead.

"We are not looking at that target [the Guinea matches], it's not going to be possible," he told BBC Sport.

"We could do that but we wouldn't be satisfied with the kind of work we would have done if we use the target of those two games.

"So I believe the GFA are working on some interim arrangements to make sure the team is capably handled for the two matches."

The Black Stars are due to play Guinea on 10 October in Morocco, before hosting the same side five days later.

The Syli Nationale are having to play their home 2015 Nations Cup qualifiers outside Guinea because of the outbreak of the deadly Ebola virus in the country.

Pappoe also explained that they are still trying to come up with a final short list for the job.

"The process is ongoing after we got 29 or so applications and after the first screening we got it down to 11," he added.

"We are still pushing the process to see if we can get to about six by the end of this week.

"Then we will do deeper due diligence and then come up with the arrangements for interviews and whatever else we have to do to get to the final one or two people."

Former Ghana coach Milovan Rajevac had been tipped to return for a second stint in charge of the national side in the mediate aftermath of Appiah's departure.