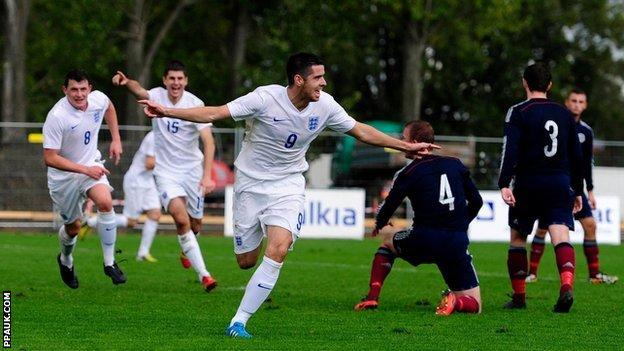 England representatives, the Isle of Man, began their Uefa Regions' Cup campaign with an impressive 2-0 win over Scotland in Slovakia on Tuesday.

The result means Manx side top Group 2 in the tournament for the world's top amateur players.

They will play Germany's Württemberg in their second match on Thursday.

Württemberg began the tournament with a 2-1 victory over Eastern Slovakia.

The Isle of Man qualified for the event by winning the FA Inter-League Cup.