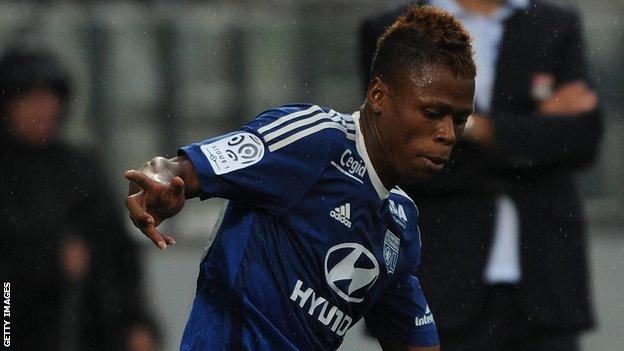 Cameroon international Clinton N'Jie signed a contract extension with French Ligue 1 side Lyon and then scored his first goal for the club.

The 21-year-old was on target for the seven-time champions in their 4-0 win against visiting Lorient.

Earlier in the day N'Jie had agreed a deal to remain at Lyon until 2019.

"I'm happy. Now we have to continue working. I want to score, to play and I hope we can qualify for Europe next season," he told Lyon's website:

"I'm proud of myself. I want to also thank everyone who helped me get this far. This extension shows that the team has confidence in me."

N'Jie has made a superb start to his international career with the Indomitable Lions.

He scored on his debut on 6 September in a 2-0 win away to Democratic Republic of Congo and four days later he grabbed a brace to help Cameroon beat Ivory Coast 4-1.