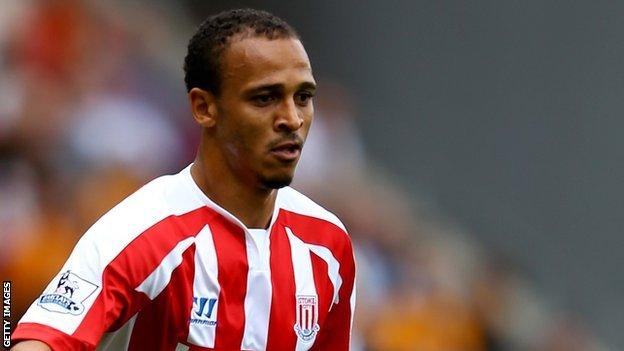 Stoke striker Peter Odemwingie says he hopes to return "stronger than ever" after undergoing successful knee surgery on Tuesday.

The Nigeria international, 33, suffered the injury in Stoke's 1-0 win at Manchester City at the end of August.

"I'm happy the operation was successful, it's like a new beginning," Odemwingie told BBC Sport.

"I want to come back stronger than ever and hopefully pick up from where I stopped in August."

The former West Brom forward scored five goals in 15 Premier League appearances for Stoke last season after joining from Cardiff in January and settling well at the Britannia Stadium.

While the injury meant he was left out of Stoke's 25-man Premier League squad - named after the win at Etihad Stadium - and will not be able to play until January at the earliest, Odemwingie is in positive spirits and concentrating on his long-term future.

"I know it's going to be a long road back to kicking a football again but I am mentally prepared for that. You can't keep a good man down," he said.

"It took couple of weeks to get the surgery done because I had to wait for the knee to settle down.

"Now that it's done I believe it will give me a new lease of life for the rest of my professional career."