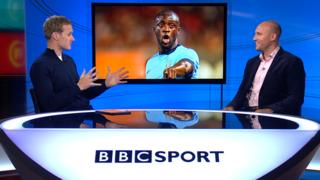 The show has an interview with Manchester City and Ivory Coast midfielder Yaya Toure, we hear from Everton's Aiden McGeady as he prepares for the Merseyside derby and we have a chat with Teerasil Dangda, who is the only Thai footballer playing in Spain's La Liga.