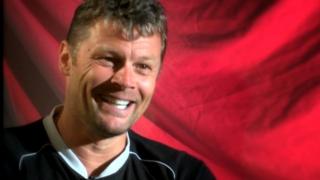 'Bristol City bring the best out of me'

The 50-year-old has been in charge at Ashton Gate since January and the club are currently unbeaten at the top of League One.

Cotterill says he "misses" his players when they are not around and he believes they have what it takes to get promotion back to the Championship.