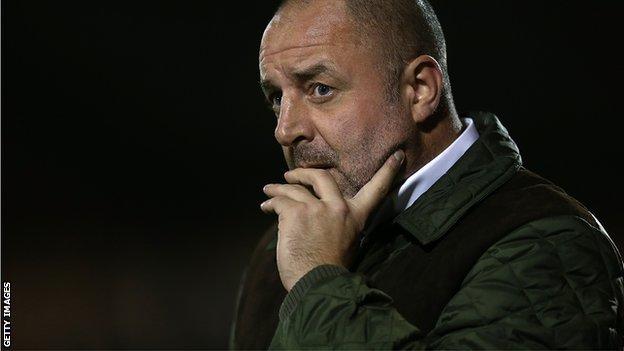 Barnsley earned their first win in six games to defeat former boss Keith Hill and his high-flying Rochdale side.

Peter Ramage, in his first appearance for the Tykes since returning on loan from Crystal Palace, headed the only goal from Conor Hourihane's corner.

With the hosts looking for an equaliser, Ian Henderson volleyed wide and Peter Vincenti fired over.

"It was frustrating, but at the same time you know we weren't quite on our 'A' game.

"I felt there were goals in the game for us.

"It was up to us to be quicker on the ball at half time, we did pass it but we couldn't break through."

"I am pleased, I think you've seen a better reflection of who we are today.

"The last few games we've conceded too many goals and too many simple goals.

"I gave it a big of a re-jig today and the experience of Peter Ramage coming in was a big lift for us."