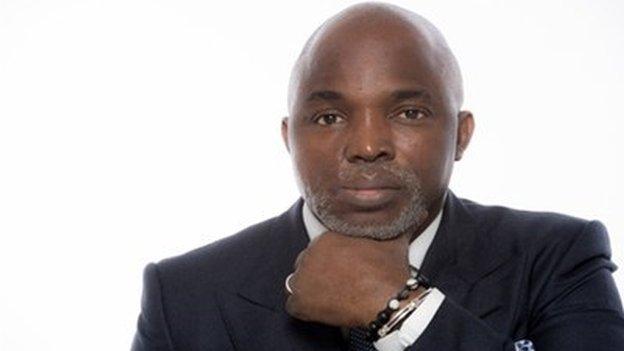 Pinnick, 43, who is Delta State Sports Commission chairman and Delta FA boss, was elected on Tuesday.

Blatter said in a letter to Pinnick: "I wish you good luck, strength and every success for your new role and look forward to meeting you soon."

His comments allay fears that Nigeria were heading for a ban as a result of Fifa not ratifying the election.

You (Pinnick) can rely on my personal support and Fifa's assistance

The suspension was lifted when Maigari returned but after a controversial NFF election, which resulted in a split and Chris Giwa declaring himself the new president, Fifa threatened to impose a long global ban if there were further complications in holding recognised elections.

There had been reports that Tuesday's polls went ahead despite a court injunction purportedly granted to a group led by Giwa, barring it from taking place.

And immediately after the elections Giwa released a statement insisting he "remained the head of the nations' football governing body".

However, Blatter has welcomed Pinnick's appointment and said he has the backing of Fifa.

"I would like to extend my sincere congratulations and best wishes of success on the occasion of your election as the new president of the Nigeria Football Federation," said Blatter.

"Your knowledge and experience will certainly have an important impact on the stable development of our beautiful game in your country. You can rely on my personal support and Fifa's assistance in order to reach this goal.

"The doors of the home of Fifa are open whenever you wish to discuss any relevant issues concerning the game and its governance."

There was, though, a warning from Fifa secretary general Jerome Valcke that "we now expect the NFF and its new leadership to carry out its activities without any hindrance in order to avoid having to again refer the case to the appropriate Fifa bodies for an automatic suspension".

Pinnick has been placed in charge of one of the hottest seats in African sport until 2018, and he is keen to unite divisions that have blighted the country's game.

"The plan is to make genuine reconciliatory moves. I will personally go to Jos to see and speak to Chris Giwa because we all need to come together for the sake of our country and football," he said.

Pinnick also said his board will make a collective decision over the appointment of a permanent coach for the Super Eagles, with Stephen Keshi currently in the role only on a temporary basis.

"The president is not a sole decision-maker. The board will meet soon to decide the right step," Pinnick told BBC Sport.

After Keshi's contract was not renewed after the World Cup in Brazil, he was placed in charge initially for Nigeria's first two matches in their 2015 Africa Cup of Nations qualifying group.

They suffered a defeat by Congo and managed only a draw with South Africa and are languishing in third place in Group A.

Keshi has named a squad for those ties, despite his two-match temporary reign having ended.