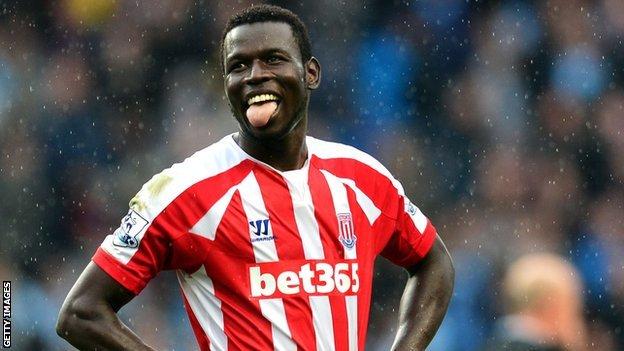 Mame Biram Diouf has added to Senegal's injury problems ahead of this month's 2015 Africa Cup of Nations qualifiers against Tunisia.

The Stoke striker has been ruled out for at least two weeks with a hamstring injury, reports BBC Radio Stoke.

Senegal had already been hit by an injury to Lamine Sane, who has been ruled out of action for a long spell.

The Bordeaux captain underwent surgery on his right knee on Wednesday after originally picking up the injury a month ago in a 2-1 win over Evian.

The club said he will be sidelined for "between five to seven weeks."

Sane had been called up to the Senegal squad for the back-to-back fixtures against Tunisia on 10 and 15 October.

After their two opening wins over Egypt and Botswana, both of which Sane played in, Senegal are joint top of Group G along with Tunisia.

The Teranga Lions had already been forced to replace West Ham United's Cheickhou Kouyate with Ukraine-based Pape Gueye due to injury.

Kouyate was ruled out for six weeks with a groin injury that he suffered 20 September's 3-1 win over Liverpool.