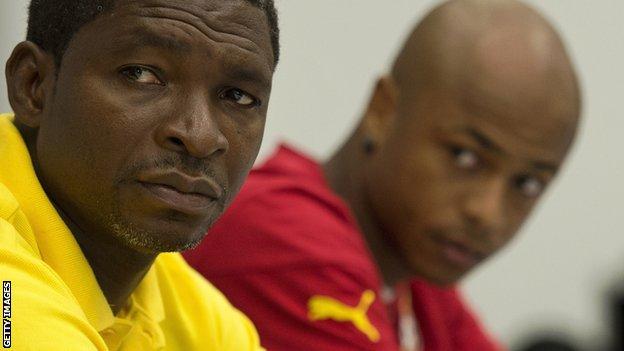 The Black stars play Guinea twice in Group E of the 2015 African Cup of Nations qualifiers - on 11 October in Casablanca and in Tamale on the 15th.

Konadu will take charge of the team until a successor to Kwesi Appiah, who left in September, is appointed.

Ghana are believed to be considering a shortlist of five men for the job.

The 27-year-old centre-back recently joined Mpumalanga Black Aces from Asante Kotoko and will be eager to impress in the Ghana set-up.