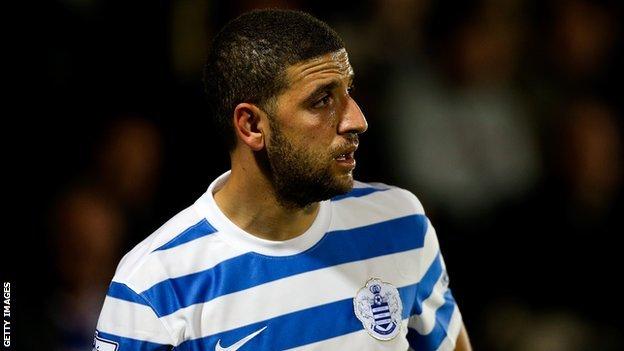 QPR midfielder Adel Taarabt has been told by manager Harry Redknapp to concentrate on getting fit rather than seeking a January transfer.

Taarabt's agent has claimed the Moroccan has been told he can leave the club in the next transfer window.

But Redknapp said: " I know nothing about that; the first thing he needs to go is to get fit and start playing football here, isn't it?

Taarabt continues to battle ankle trouble, with Redknapp claiming the 25-year-old struggles to stay in shape.

And Redknapp said the English Premier League club will only entertain Taarabt leaving on a permanent transfer, with the west London club holding out for a £4.5m fee.

"He's always had the green light if somebody wants to pay the money the club wants for him.

"If they don't pay the money he stays here.