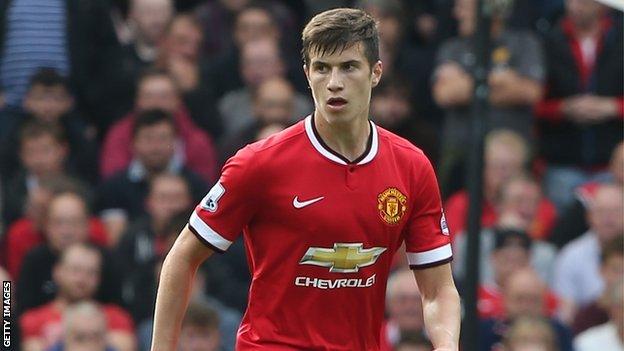 Northern Ireland Under-21 defender Paddy McNair will retain his place in the Manchester United team for Sunday's Premier League game against Everton.

United manager Louis van Gaal revealed on Friday that the Ballyclare teenager would face the Toffees at Old Trafford.

"We still have three central defenders injured. I chose him last week and he played very good," said van Gaal.

"It's difficult for a player like him to maintain that level - that is his biggest challenge."

"He is the only player who can play in the right-sided defensive position," added the Dutchman at a news conference.

McNair, 19, was drafted into the United line-up for last week's game against West Ham and impressed observers with his composed performance.

His display also attracted the attention of Northern Ireland boss Michael O'Neill, who has indicated that the County Antrim lad is very much on his radar, even though he was not included in his squad for the forthcoming Euro 2016 qualifiers against the Faroe Islands and Greece.

The Ballyclare youngster signed for the Manchester giants as a 16-year-old and has been a member of the club's under-21 squad.

He only made his Northern Ireland Under-21 debut earlier this month.

That was in the 4-1 defeat by Serbia at Shamrock Park when the attendance was a paltry 285 spectators.

McNair played in midfield during most of his early teenage years with the Ballyclare Colts but was converted into a defender after first coming to United's attention as a 12-year-old.

Injuries to Chris Smalling, Phil Jones and Jonny Evans have left van Gaal with a dearth of experienced central defenders.

Evans's participation in Northern Ireland's Group F qualifiers must now be in serious doubt, with McNair a possible replacement if he does withdraw from the original 27-man squad.