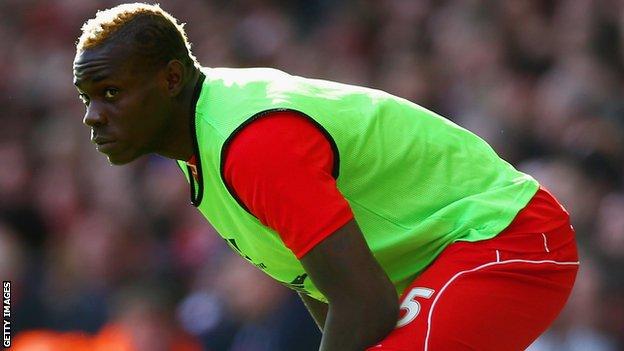 Balotelli, 24, was overlooked by Conte on the same day that he was dropped to the bench by Liverpool for their 2-1 Premier League win against West Brom.

Striker Graziano Pelle, who has scored five goals in eight matches since joining Southampton, has been given his first Azzurri call up.

Italy face Azerbaijan and Malta in Euro 2016 qualifying next week.

Balotelli, who has scored once in eight appearances for the Reds this season, was also left out of ex-Juventus boss Conte's squad for the opening qualifier against Norway last month.