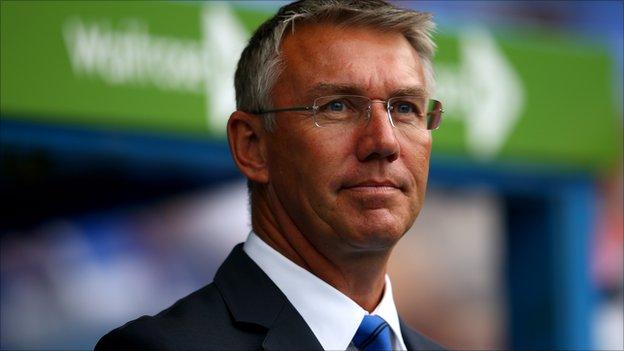 Reading boss Nigel Adkins has urged his side to sharpen up their act at the back after their defeat by Brentford.

The Royals were beaten 3-1 and Adkins was unhappy that his side failed to do the basics right in defence.

"It's hugely annoying and frustrating because I thought we had a good momentum going into the game," he told BBC Radio Berkshire.

"We've got players coming back from injury, looked really fit against Leeds, but it's about the result."

Reading slipped to 13th in the table as a result of the defeat.

"We have to stop the cross. It's basic defending, we cannot keep allowing easy balls into the box and easy first contacts. It's too many all season. It needs to be better," said Adkins.

Meanwhile, Reading winger Garath McCleary has spoken of his delight at signing a new contract with the club, keeping him at Madejski Stadium until the summer of 2017, with the option of a further year.

The 27-year-old arrived from Nottingham Forest in May 2012 and has scored nine goals for the club.

"I'm over the moon. I've been wanting to sign a new deal for a while now, so it feels good to get it done," he said.

"This is a family club. Everyone has been brilliant during my time here so far, from the management, the coaches, the players, the staff and the fans.

"My family and I are settled here and I know I'll improve as a player while I'm at Reading, so all those things combined made the decision an easy one."