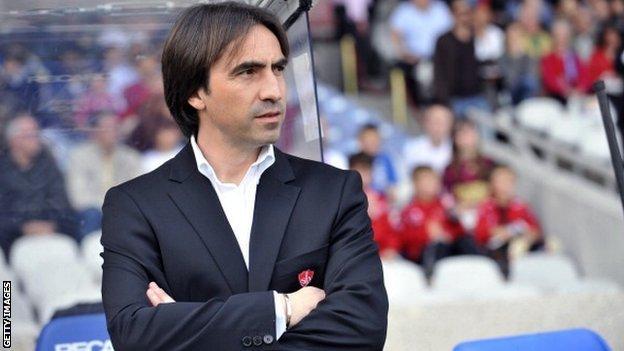 Frenchman Corentin Martins has been appointed coach of Mauritania.

The 45-year-old succeeds his compatriot Patrice Neveu, who was sacked in August after the team exited qualifying for the 2015 Africa Cup of Nations.

Martins beat off competition for the job from fellow Frenchmen Pierre Lechantre and Sebastien Desabre and Serbian Milovan Rajevac.

He will attend the 12 October friendly against Morocco in Casablanca before being presented in Nouakchott.

A former midfielder, Martins won 14 caps for France and was part of the Euro 96 squad before he retired and took his first coaching job at French lower league side Quimperois.

He went on to take become sporting director of Brest, where he later became coach but struggled in the 2013-14 season and the club were relegated to Ligue 2.