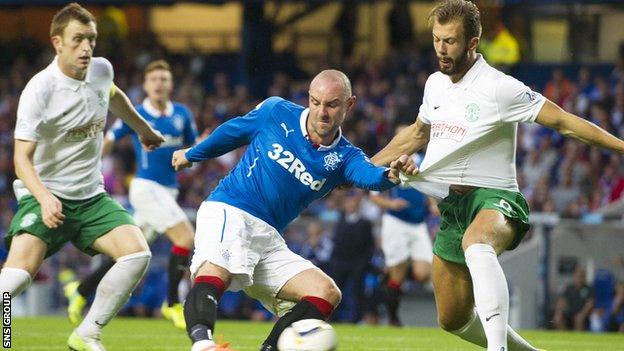 Kris Boyd has avoided a two-game ban after a Scottish FA disciplinary panel delivered a "not proven" verdict on a violent conduct charge.

The Rangers striker was accused of "head-butting or attempting to head-butt" an opponent.

The incident took place during a 3-1 home defeat to Hibernian last month.

The case related to an altercation between the 31-year-old Scotland international and visiting defender Jordon Forster.

Rangers accepted a two-game suspension for defender Bilel Mohsni for an incident in the same game.