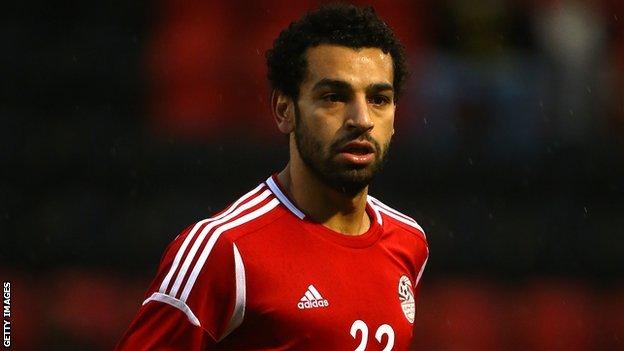 Record seven-time African champions Egypt won their first points of the 2015 Africa Cup of Nations qualifiers with a 2-0 victory in Botswana.

Egypt began the tie knowing a loss on Friday and another against the same side next Wednesday would have seen them eliminated from the qualifiers.

Mohamed El Neny opened the scoring nine minutes after the break with a powerful shot from the edge of the area.

Egypt are now on three points after two previous losses, while pointless Botswana remain bottom of the group.

The win for Egypt will also lift some of the pressure on coach Shawky Gharib who had been warned before the matches that he will be sacked if the country suffers the humiliation of a third consecutive qualifying flop.

Senegal and Tunisia lead the way in Group G with seven points each after playing out a 0-0 draw in Dakar.

Only the top two from each group are guaranteed a place at next year's finals in Morocco.

Lesotho picked up their second point of the 2015 qualifiers as they held visiting Angola to a 0-0 draw in Group C.

The result means Angola earn their first point of the campaign but remain bottom of the table with Lesotho one point ahead of them.

The two sides will meet again in Angola next Wednesday.

Burkina Faso lead the way with a maximum six points and they know they will qualify for the finals in Morocco if they can beat Gabon on Saturday and again next Wednesday.