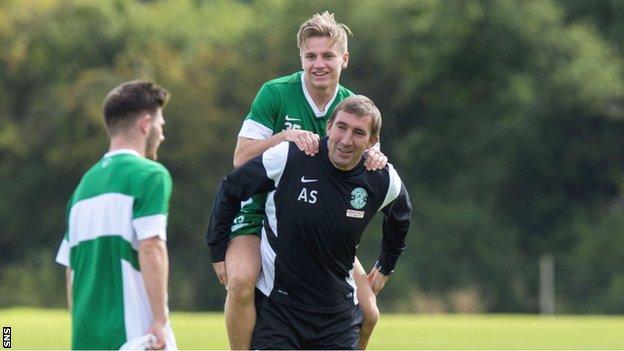 Stubbs guided Hibs to a and an but

In addition, they third round.

Cummings, 19, featured in all four games, scoring the winner against the Blue Brazil and a double at Ibrox.

Stubbs told BBC Scotland: "It's great for the club. The players deserve it, not me. They are the ones who get the results.

"I set them up and prepare them the best I can. The rest is down to them.

"They deserve it. All my staff deserve it for all the hard work over the last few months.

"Hopefully, the signs are becoming more positive than they were in the first month to six weeks."