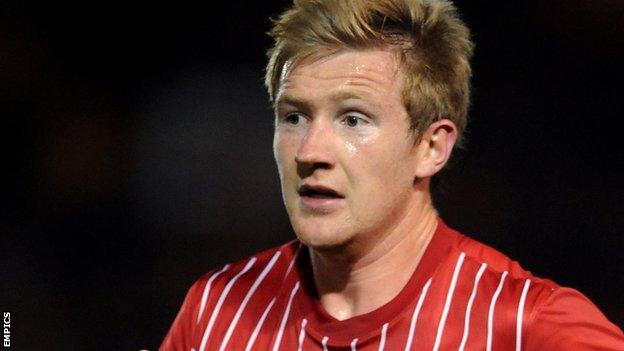 Substitute Alan Power rescued a point for Lincoln with a late equaliser to deny Wrexham in the Conference.

Elliott Durrell netted his third goal of the season to open the scoring 10 minutes before the interval.

"We might have gone a goal up early on and that might have changed the game, but having gone 1-0 down I thought we kept going.

"One or two had an off day, but we kept trying to create opportunities and I'm pleased for Alan that he's come on and got a goal.

"I didn't think we picked enough up in midfield in the first half. We thought we had to change things a little bit and then we started to open them up a bit and have some passages of play and we managed to get the goal."

"I'm disappointed because the way we've taken the game to Lincoln. We should have scored more goals in the first half and taken it out of sight. But we haven't.

"It was a terrific goal and I'm disappointed we haven't built on that. It wasn't a bad point after all.

"We've taken something after the disappointment of last week and need to build on it going into Macclesfield."