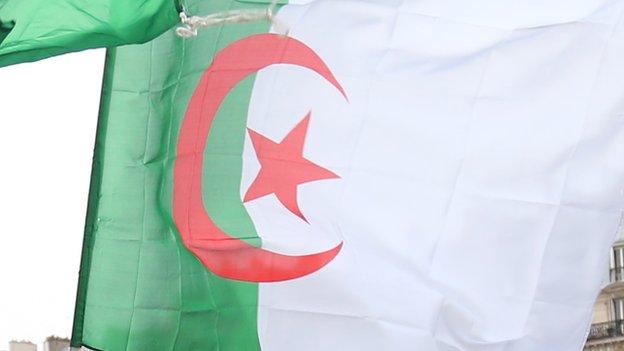 Algeria stunned Ghana 1-0 at the 2014 African Women Championship in Namibia, while Cameroon left it late to edge South Africa by the same score in the earlier game in Group B on Sunday.

With only one victory and one draw to show from three previous appearances at the AWC, Algeria went into the game as underdogs against Ghana, who had beaten them 2-1 at the 2010 edition in South Africa.

The skilful Naima Bouhani troubled the Ghana defence with her sleek moves in a drab first half.

In one such move, she handed Nachida Laifa a great opportunity to punish the slumbering Black Queens but Laifa fluffed her chance.

Ghana, who boast three appearances on the global stage and are desperately looking for a first African title, responded and pressed Algeria back.

And in the 64th minute Faiza Ibrahim struck a free-kick that bounced off the post.

And the Black Queens were made to pay for their profligacy in front of goal.

The Dangerous Bouhani capitalised on a fast break in stoppage time and rounded the Ghana keeper before delivering a cross which substitute Horiya Aaffak dived in to nod home from close-range.

It gave Algeria their first win at the finals since they beat Mali 3-0 at the 2004 edition.

Veteran Algeria coach Azzedine Chih was delighted with the win.

"This is a big and historic result for the team. They fought hard and showed great ability against an experienced side." said Chih.

Cameroon midfielder Raissa Feudjio scored in the 88th minute to give her side an important win over South Africa.

Estelle Zouga and Aboudi came close for the Lionesses late on but Barker stood her ground in goal for Banyana.

Two minutes from time, Barker turned villain as she spilled a corner-kick to allow Raissa Feudjio to slam home from close-range to steal all the three points.