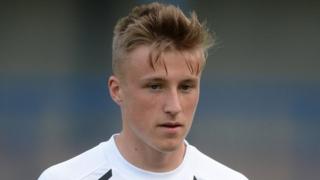 "I know there's been a big stink about Raheem Sterling saying that he was tired," Alex manager Steve Davis told BBC Radio Stoke. "And, as a manager, you have to respect how players feel. But that's something for me to manage.

"All George has to do is keep performing at the same level and keep himself in the team. Whether he can do that Saturday, Tuesday, Saturday remains to be seen. If the time comes when we have to pull him out for him to go again, we'd do that."