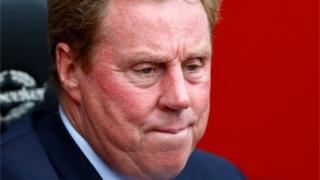 I'm not under pressure - Redknapp

Queens Park Rangers manager Harry Redknapp says he is under no pressure whatsoever despite his side winning just once in their opening seven games this season.

Tony Pulis and Tim Sherwood have been linked with the job but Redknapp insists that it is too early to judge his newly promoted side.

Redknapp's side face Liverpool at Loftus Road on Sunday.