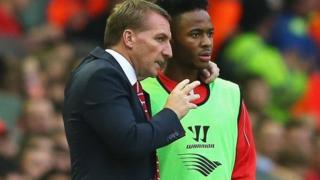 Liverpool manager Brendan Rodgers says that Raheem Sterling has been treated unfairly for something he "clearly did not say".

England manager Roy Hodgson claimed Sterling had asked to sit out of the European Championship qualifier against San Marino because of fatigue.

Hodgson has also questioned Rodgers's claim that some players need a two-day recovery period after matches.