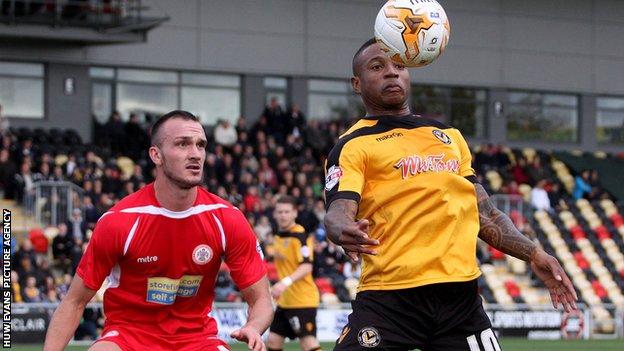 But Newport, who had won their three previous games, equalised in spectacular fashion 10 minutes later.

"I didn't think we were as fluid as we have been and I thought we started slow but then got a grip of the first half and ended strongly.

"But again we didn't go out and start how we finished the first half and it seemed like everything was running away and the passing was a little bit loose.

"It was very frustrating as an afternoon but sometimes you have to give the opposition credit."