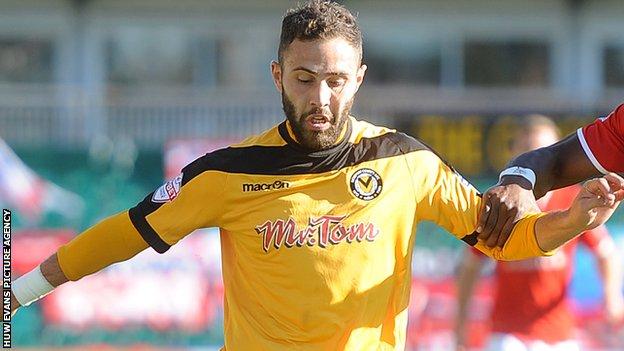 Newport County midfielder Robbie Willmott will be out of action for up to five months because of a foot injury.

The 24-year-old suffered the injury in last Saturday's 3-1 win over York City in League Two.

A scan revealed the extent of the injury and Willmott is to have an operation.

"Injury worse than first thought, out for 5 months" he tweeted.

County managr Justin Edinburgh said: "It's a huge blow for the football club and Robbie himself,

"He was in excellent form but that's football

"He's got to concentrate on the operation in about a week to 10 days' time once the swelling's gone down."

Willmott joined from Cambridge United in 2013 and signed a 18-month contract with County in January 2014.