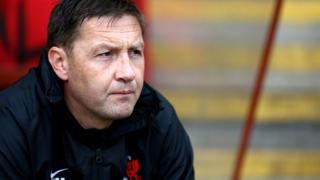 Nugent confirmed he has signed a contract as interim manager at the Matchroom Stadium, after he was placed in caretaker charge following the resignation of Russell Slade last month.