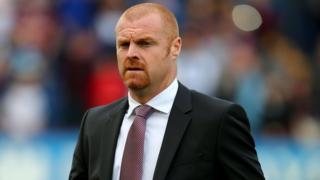 Burnley manager Sean Dyche says he warned his players West Ham could change their tactics after the half-time break in their 3-1 loss at home to the Hammers.

Diafra Sakho opened the scoring for London side with Enner Valencia adding a second shortly after, George Boyd pulled a goal back for Burnley but Carlton Cole nodded in to seal the points for West Ham.

Burnley are now without a win in eight league games.