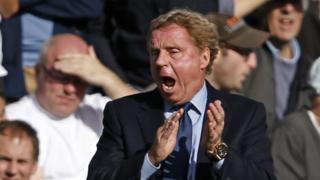 QPR boss Harry Redknapp describes his team's performance against Liverpool as the "best ever" under him, but admits they were 'naive beyond belief' to lose 3-2.

Four goals in the final eight minutes ended in a 3-2 victory for Liverpool, with the Reds' winner coming via a Steven Caulker own goal in injury time.

The result leaves QPR bottom of the Premier league table on four points and four points from safety.