MOTD2 pundit Alan Shearer expands on his TV analysis of how Liverpool striker Mario Balotelli had a day to forget as his side struggled in attack and at the back during their dramatic late win over QPR at Loftus Road on Sunday.

Liverpool were very fortunate to beat QPR 3-2 on Sunday, and their poor performance highlighted the problems Reds boss Brendan Rodgers is having up front and with his new-look defence.

At times Liverpool were all over the place at the back at Loftus Road, and I was very surprised at how easily they were bullied.

To say that about a Premier League defence is a very big statement, but it is exactly what QPR striker Bobby Zamora did to the Reds' back four. They were just not good enough in that department. 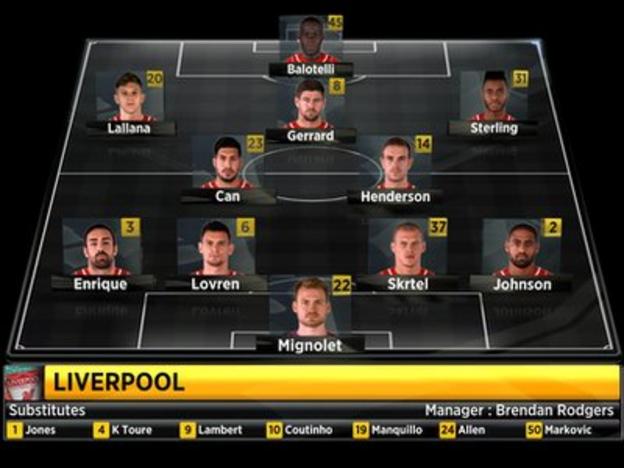 Up front, Mario Balotelli had a shocking game and has now gone six Premier League games without scoring since joining Liverpool.

Balotelli's shooting was terrible but what made things worse was that his link-up play was close to non-existent too.

His general all-round game has to improve massively, but he will get even more criticism for it while he is not scoring goals.

So he cannot afford to miss chances like he did against QPR.

Liverpool got away with it this time, and still somehow won the game thanks to two own goals, but they will not always be so lucky.

Lack of goals made worse by lack of effort

It is not as if Balotelli does not have the ability, the problem is that we do not see it often enough.

When he was at Manchester City he showed flashes of what he could do, but we have not seen him do it this season yet.

His only goal since signing for Liverpool came against Ludogorets in the Champions League, more than a month ago.

At times, such as at Loftus Road on Sunday, he does not help himself because on the pitch he can look, at best, frustrated and, at worse, uninterested.

I know that nonchalance is part of his personality but it does not send out a great message when he is not playing well.

I did feel a bit sorry for him early on against QPR because he was not getting much service.

As a former striker I know that is tough. When it happens, you tend to drop deeper and go wider in search of the ball, which is what Balotelli was doing. 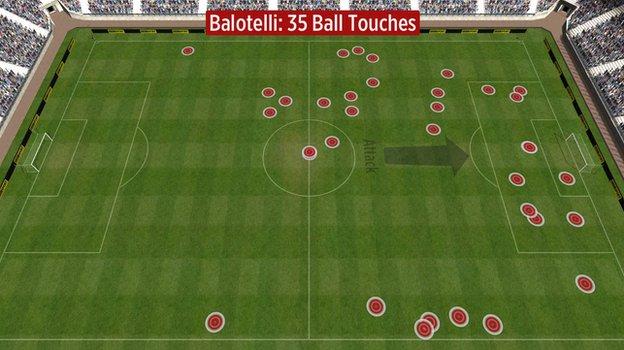 But then your team-mates argue that they need you to show more for them up front and offer a presence, even if the service you are getting is not good enough.

That was what happened on Sunday. I saw the Liverpool players' arms going up and down as if to say 'where are you?'.

My sympathy did not last long, though. When Balotelli did get the ball in the first half, he showed why he is the player to have had the most shots in the Premier League this season without finding the net.

Only Sergio Aguero and Graziano Pelle have had more efforts on goal, and they have scored nine and six goals apiece.

Shooting wildly from distance instead of playing team-mates in, which is what he was doing against QPR, showed how desperate Balotelli is for a goal.

But, from the rest of his performance, there is no way you could accuse him of trying too hard. Far from it in fact.

He allowed QPR defender Richard Dunne to dominate him far too easily for most of the match, without putting up much of a fight.

And his misses, including the great chance he had in the second half when Alex McCarthy parried Adam Lallana's shot into his path, were down to poor play. That is the story of his Liverpool career so far.

How to get the best out of Balotelli

There is even more focus on Balotelli at the moment because of Daniel Sturridge's continuing absence through injury.

We already knew the Reds would have to cope without Luis Suarez this season but, at the moment, they are trying to repeat their brilliant form from last season without either of the men who scored most of their goals. It is not happening for them.

There is no way Balotelli can replace Suarez, and not just because he is a completely different type of player - when it comes to ability, only Lionel Messi, Cristiano Ronaldo or maybe Aguero could ever do that.

Balotelli is certainly not in that class but, right now, he is not playing at anywhere near the top of his own game either.

It is down to Rodgers to decide how many more chances to give him before dropping him, and he will know better than anyone how Balotelli is dealing with his loss of form.

But I am only judging Balotelli on his performances and, at the moment, they are not good enough.

Of course, he can still turn things around, but it is down to him to make that happen.

When I needed a goal or was short of form, getting back to my best always started with me working hard. That is where goals come from.

If Balotelli does that, and also looks interested, that would be a start. Then, if the goals start flowing too, he will have everyone on his side.

Liverpool have problems at the back too

If things had panned out differently, and Zamora had scored the goal his performance deserved, Sunday's game could have been a tale of two centre-forwards.

The contrast between Balotelli's effort and impact in Liverpool's attack and the way Zamora led the line for QPR could not have been greater.

Zamora was brilliant. He bullied Liverpool's back four and his strike partner Charlie Austin caused them lots of problems too. 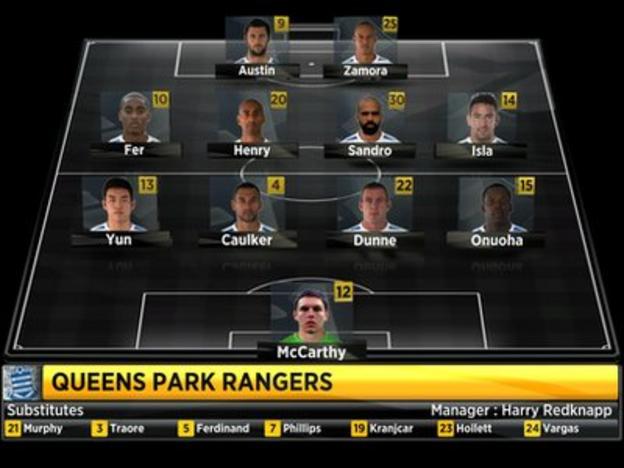 Liverpool struggled defensively last season and Rodgers spent heavily in the summer to try to put that right.

From what I saw against QPR, he has not managed it yet. In fact, they look worse at the back than they were last season, despite the new additions.

One of the things I thought they were missing when they went so close to winning the title was a leader in defence - a really domineering centre-back. Well, they still have not got one of those.

Dejan Lovren cost £20m from Southampton but, like Balotelli, he has not started his Liverpool career very well and he was given a torrid time by Zamora, who was making his first Premier League start of the season.

Zamora did almost all his work on the right, so he was up against Lovren on the left of Liverpool's defence, and brushed him aside far too easily.

As a striker, I always knew when I had the beating of a centre-back in the air and I wanted the ball put there all the time.

Zamora knew he could bully Lovren and he looked for the ball every time QPR were in possession. 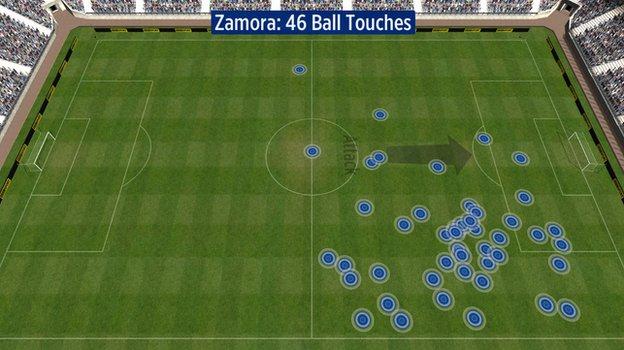 He won most of the headers he went for but he was stronger than Lovren full-stop, pushing him off the ball and also running in behind him. That would really concern me if I was the Liverpool manager.

The rest of the Reds defence was hardly rock solid either. If QPR could finish, they would have scored four or five goals, not two - and there would have been no coming back for the visitors.

Rodgers ended up leaving with the three points but the bigger picture is that he has got a lot to think about, in defence and attack.

His side will not win the Premier League this year - as far as I am concerned there is no chance of that.

His focus, I am sure, is on finishing in the top four again and staying in the Champions League next season but Liverpool will not manage that unless they sort out their problems, and quickly.