Dropping an American wrestling move in the middle of a Scottish Premiership match would usually land the executor with a hefty ban and wallet-busting fine.

Not so for Dundee players Gary Harkins and Jim McAlister. That's because the pair only recreated an iconic WWE slam - 12-time champion Randy Orton's signature 'RKO' finishing move - for the purposes of a comedy goal celebration.

McAlister ran and jumped backwards into goalscorer Harkins before pretending to grab his head and pull him down to the ground. All in the aid of celebrating their side's second goal in the 3-1 win at Motherwell.

The pair may escape the attention of Scottish Football Association bosses for their antics - but not the world of social media.

The comedy celebration, which you can see in this BBC Sport video (UK users only), is the latest in a number of RKO-inspired clips doing the rounds.

And Harkins and McAlister's effort was executed with enough expertise to catch the eye of Orton himself. "Good enough nice celebration, work on your form Dundee," he tweeted.

And here's three of the better efforts from social media... 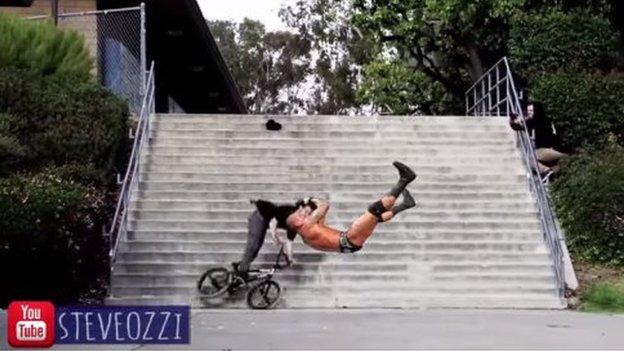 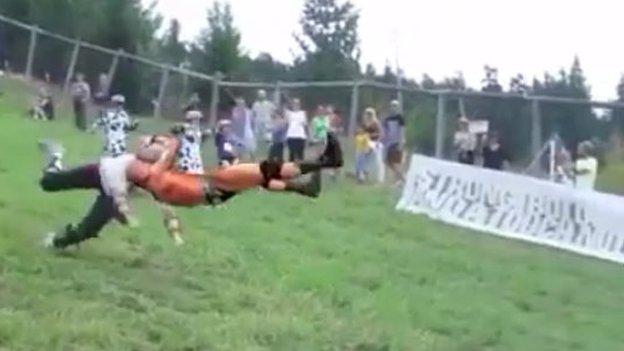 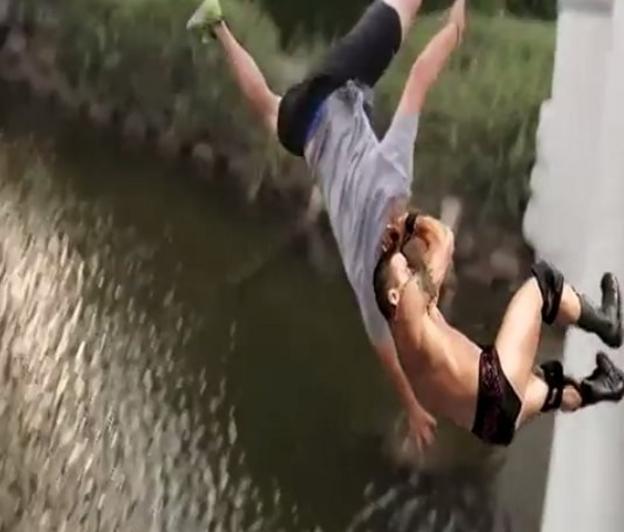