In four days' time the shortlist for the BBC African Footballer of the year 2014 will be revealed.

While those five names will be established superstars from the continent, there are also a number of excellent young players coming through the ranks - emerging talent who themselves may soon compete for the title.

BBC Sport picks out three of the best. 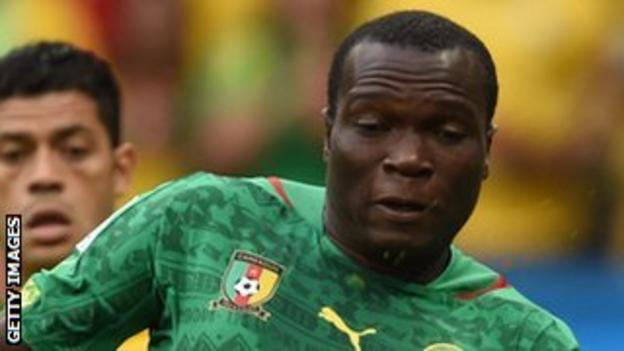 Vincent Aboubakar is beginning to fulfil his potential at the perfect time.

The 22-year-old striker's push to the next level has earned him the reward of a recent move to one of Europe's top clubs in Porto and also given his country much-needed hope.

After a miserable World Cup this year and the subsequent retirement of captain Samuel Eto'o, there were concerns as to what the future held for Cameroon.

But Aboubakar has stepped up to the plate in a big way after being the understudy to Eto'o in the national team.

And he has scored three times in Cameroon's campaign to qualify for the 2015 Africa Cup of Nations.

His goals have helped to give the Indomitable Lions a great chance of reaching the finals for the first time since 2010.

It has made him a firm favourite with Cameroon fans, who have delighted in his progress since he was drafted into the squad for the 2010 World Cup in South Africa as an 18-year-old.

He didn't get to play in 2010, but his selection was a sign of his young talent as the only home-based player in the Indomitable Lions' squad.

At that time Aboubakar was on the books of local side Coton Sport, but he soon moved to Valenciennes in France.

However, he had three fairly quiet seasons there as his career stalled.

A transfer to Lorient in July last year sparked him back into life and he produced by far his most prolific season.

Utilising his imposing frame, speed, strength, ability on the ball and clinical finishing he scored 17 goals in 37 matches.

And when he went to this summer's World Cup in Brazil, he was no longer there just to warm the bench.

He made two starts but was unable to find the net for a team that was in disarray, beset by off-field problems and indiscipline on the pitch.

But his qualities caught the eye of a number of suitors, including English Premier League side Hull City.

Aboubakar opted for a move to Portugal and has already scored twice in four appearances for Porto.

It is a healthy start to his four-year contract with the club, and he looks to have plenty more to offer.

Expect Aboubakar to continue his development and flourish for both club and county. 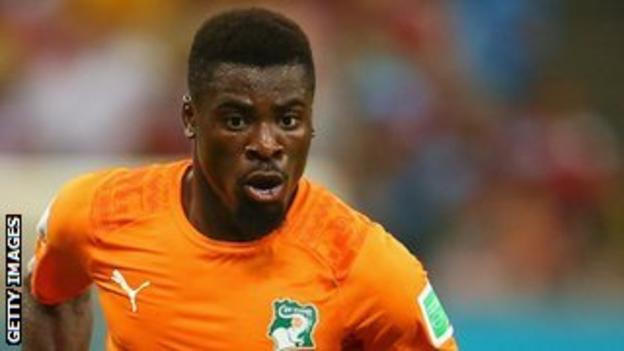 At only 21-years-old, Serge Aurier has already been labelled by admirers as the best right-back in France.

Born in Ouragahio, Ivory Coast, Aurier moved to France as a child to join his parents in Seine-Saint-Denis, in the north-eastern suburbs of Paris.

His first contact with the game started at local side FC Villepinte, where he was spotted by officials of RC Lens.

He came through the youth system at Lens and aged 17 he made his professional debut in the French Ligue 2 in 2009.

Aurier was a stand-out performer as the club secured top-flight promotion. He went on to make 31 appearances for the club in Ligue 1 the following season.

His form brought him a move to Toulouse in January 2012 and he blossomed in south-western France, proving his versatility by playing defensive midfield, in central defence and at right-back.

He soon attracted interest from several European clubs and also caught the attention of the Ivory Coast selectors.

In Jun 2013 he made his debut for the Elephants against Gambia and immediately settled in, quickly displacing the more experienced Emmanuel Eboue.

He was selected in the Ivorians' World Cp squad and was the shining light in Ivory Coast's mixed bag of a campaign in Brazil.

Defensively sound, he also provided two assists in the game against Japan, crossing for forwards Wilfried Bony and Gervinho to get the goals that gave their side a 2-1 win.

Legendary Ivory Coast striker Didier Drogba said of Aurier after the game against Japan: "He's the best right-back in all of France."

Aurier's physique and sheer power make him a difficult man to play against. He is also very comfortable on the ball, has great positional sense, is quick and reads the game well.

An attack-minded player, he not only created seven goals but was one of Toulouse's top scorers with six last season. He does, however, have a tendency to fly into challenges and he was booked 11 times last term.

After the World Cup, Aurier joined French champions Paris St-Germain on loan from Toulouse. But he has found life tough going at PSG and knows he could soon face a crossroads in his career.

He will be hoping to break into the first team and convince PSG to take up their option to sign him permanently at the end of the season. 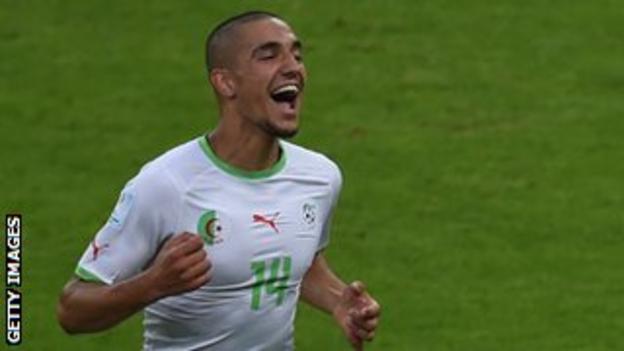 Nabil Bentaleb's career got off to a rocky start.

Released by his hometown club, Lille, at 15, he moved to Belgian side Mouscron before arriving at Dunkerque in the third tier of French football.

Shown the door by all three clubs, Bentaleb's agent took him across the channel for a trial at Birmingham City, which again proved unsuccessful.

It wasn't until the then Tottenham manager, Harry Redknapp, cast his eye over the diminutive midfielder in 2012, that Bentaleb's fortunes turned around.

Two weeks after a trial, he signed for Spurs and kick-started a career which, since the end of 2013, has taken in the Premier league, European football and a World Cup.

His club career took off when Tim Sherwood was appointed Tottenham manager. Sherwood had worked with Bentaleb in Tottenham's youth set-up, and thrust him into the first team, giving his debut against Southampton in December 2013.

Since then his quick feet, eye for a pass and composure have shone through, drawing praise from pundits and managers aplenty.

And as his stock rose, Bentaleb began to attract international attention.

Born in France to Algerian parents, the 19-year-old had to decide between the two, eventually pledging his international future to the Desert Foxes.

In March 2014, Bentaleb made his debut for Algeria against Slovenia in a friendly. Starting the match in a defensive midfield role, he impressed with, his creativity, tough tackling and relentless work-rate.

In Brazil, Bentaleb played every minute of Algeria's World Cup group campaign and was unlucky not to be selected in the 16 defeat by Germany.

Back in the Premier League, Bentaleb has started this season where he left off, with new Tottenham manager Mauricio Pochettino selecting him ahead of more established stars at the club.