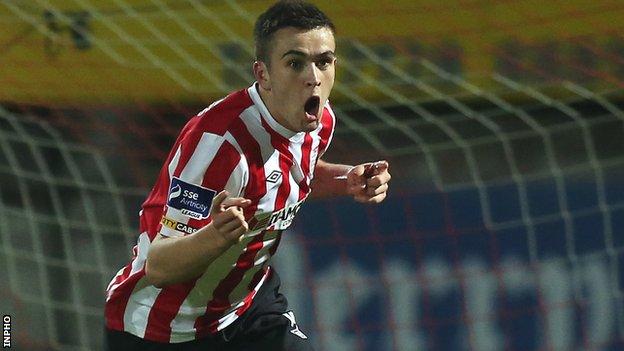 Derry City midfielder Michael Duffy has signed a two-year contract extension which will see him remain at the club until the end of the 2016 season.

The Northern Ireland Under-21 international has scored 16 goals in 39 appearances this season.

The Wicklow man met his consultant and has been cleared to play despite a slight tear on his cartilage.