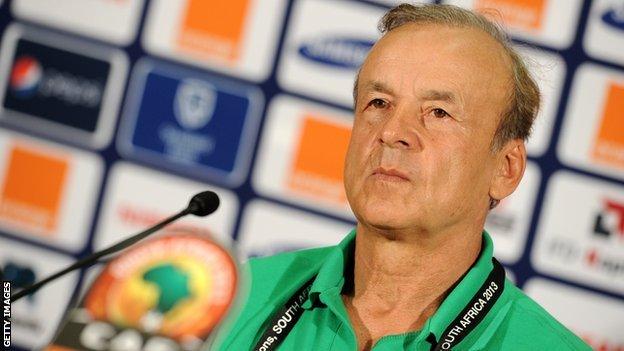 Gernot Rohr has resigned as coach of Niger after several poor results in the 2015 Africa Cup Nations qualifiers.

He has been replaced by Cheick Omar Diabaté for the final two qualifiers next month.

Niger, who qualified for the last two Nations Cup finals, are bottom of Group F with two points from their four matches so far.

The German, who took over Niger after leading joint hosts Gabon at the 2012 Nations Cup, felt he had lacked support in recent months.

"I'm primarily responsible for these (bad) results. But I have not been happy with the means at my disposal to prepare the team, including logistical problems," he explained.

Diabaté will now take charge of the final qualifiers, in Cape Verde on 15 November and then at home to Mozambique four days later.

Cape Verde, with nine points, have already sealed one of the automatic qualifying places from the group, while Niger are just three points behind both Zambia and Mozambique going into the last two matches.