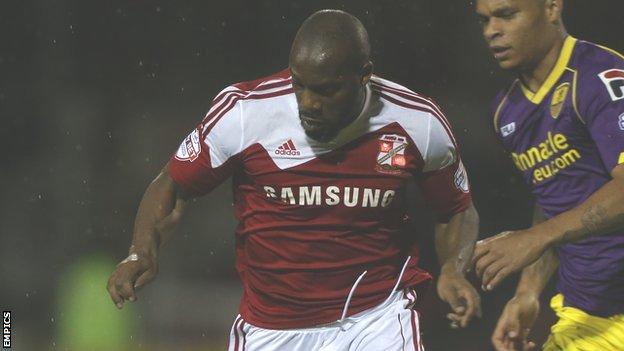 The 27-year-old Parisian has signed a deal tying him to Vale until 23 December, having been without a club since his release by Swindon Town at the end of last season.

"He's got pedigree," said Vale interim boss Rob Page. "When we found out he was available, we had him in training.

"He has proven he can score goals and hurt teams at a higher level than us."

N'Guessan could make his Vale debut in Saturday's home game against Leyton Orient.

Page has now made five signings since being appointed interim manager, as successor to Micky Adams just over a month ago.

But only Zubar, now suspended for three games after being sent off for retaliating at Joe Garner in the defeat at Preston, has so far figured.

Having taken over when Vale were lying 23rd in the League One table, Page's side have climbed five places to 18th, having lost just twice in six matches.