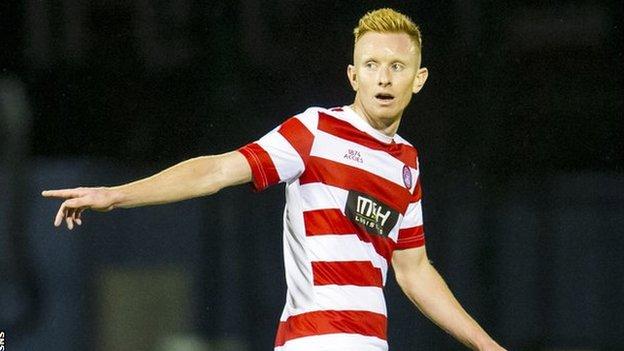 The pair had previously agreed deals in early 2011 after successful spells under then-manager Billy Reid.

Accies are currently top of the Scottish Premiership holding a slender one-point lead over Dundee United, with seven wins from their first ten matches.

There's a lot of good youngsters coming through and they'll get their chance if they work hard. If I can inspire them to do that, then I'm happy

Crawford scored in the recent 1-0 win against Celtic in Glasgow to move top of the table.

Gillespie told BBC Scotland that Accies have cemented their place in the Premiership by securing the long-term futures of their younger players and he was relieved to have committed to the club.

Accies have a success rate in bringing players through the club's youth ranks and selling them on for profit to bigger leagues in England, including James McCarthy and James McArthur, who both landed deals with Wigan Athletic.

In McCarthy's case, his move south led to a lucrative deal with Everton that Hamilton benefitted from financially due to a sell-on clause.

"It puts it to bed," said Gillespie. "I don't need to worry about it and can continue to focus on the season ahead.

"I'm looking forward to the future - I've seen it before with James McArthur and James McCarthy - if I can do half of what they've done, I'll be happy.

"There's a lot of good youngsters coming through and they'll get their chance if they work hard. If I can inspire them to do that, then I'm happy.

"If I can get my head down and keep working hard, you never know what can happen ,but I'm happy here and I'm looking forward to the future. 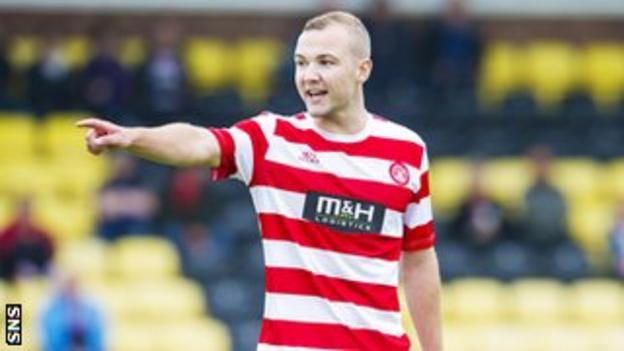 "I think we can do something special this season."

Crawford said the team was performing well as a unit and manager Alex Neil had every confidence in putting his young players on the pitch, which has proven to be beneficial to the club in the current league campaign.

"I've been here since I was 15 and the manager put me on the bench when I was 15, so it proves that they've got a great aspect of bringing the youth players though at an early age," said Crawford.

"Many in our squad are still under 21, so Hamilton give you a great chance at a young age.

"If you elsewhere in the SPFL you might not get a chance until you're older or above the age of 21, but if you come here and the manager thinks you're a good player, he'll have no fears to put you in at the highest level."