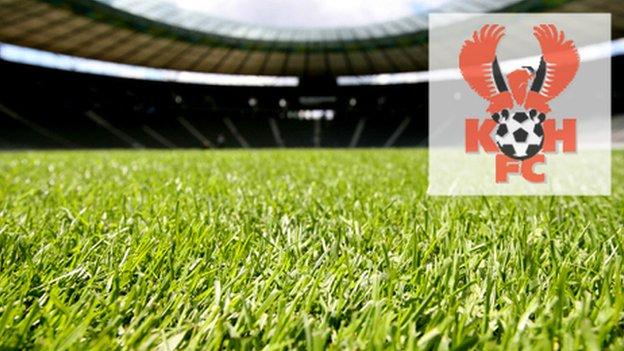 But the National League club have parted company with winger Ahmed Obeng, who has left 'by mutual consent' to join Hednesford Town.

Obeng, 23, who was signed last summer from Rushall Olympic, played 20 times in the Conference, the majority from the bench, scoring once.

Hales, signed from Birmingham City, was twice loaned out to Stourbridge Town.

But he did make six first team appearances for the Harriers in late autumn, twice ending up on the winning team.

"Reece is someone we've seen a considerable improvement in over the course of the last 12 months," said Harriers manager Gary Whild. "He has a big opportunity to make an impression this season.

"We were expecting to begin the season with Ahmed as part of the squad but the interest shown in him from Hednesford was quite sustained."

Harriers finished 16th last season - their lowest position in the Conference since 1998.