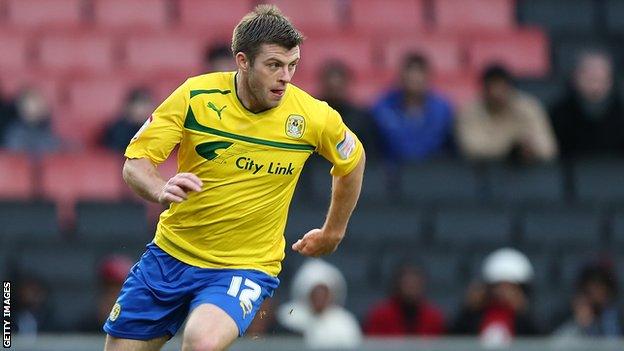 He is also reunited with Tranmere boss Micky Adams, who took the player to Vale Park in the summer.

Jennings, 29, came through Tranmere's youth system and made 167 appearances before joining Motherwell.

After a spell at Coventry City, Jennings returned to Rovers last season and made a further 25 appearances before joining Vale in July.

"Steve is a hardworking midfielder with a superb work ethic and desire to win," said Adams.

Jennings will be available for Saturday's home game against Stevenage.