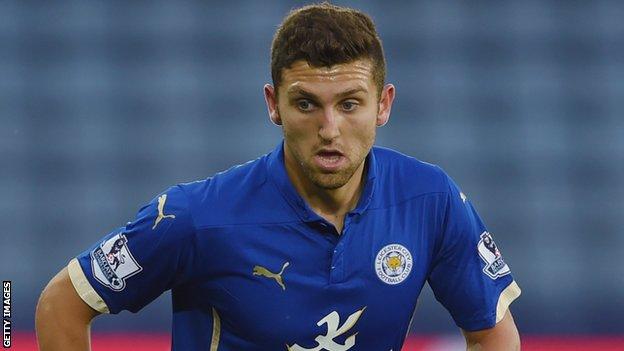 The 21-year-old son of Leicester boss Nigel Pearson has made one first team appearance for the Foxes.

Pearson, who spent a spell at Carlisle last season, began his youth career at Rotherham before joining Leicester in 2012.

"I'm looking forward to this because it's a chance to get more experience of the game," he said.

"I play mainly in the U21 league, which is of a high standard, but you can't beat playing first team football."

Pearson is not eligible for Tuesday's FA Cup fourth qualifying round replay against Macclesfield but will be available for Saturday's league game against FC Halifax.