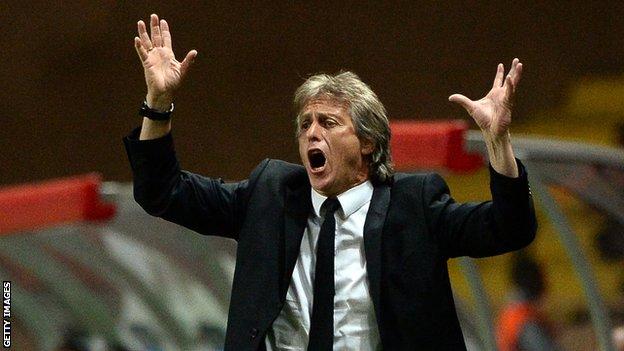 Benfica boss Jorge Jesus believes he should have been on Fifa's Coach of the Year shortlist for masterminding the Portuguese club's domestic treble.

Jesus, 60, also steered Benfica to the Europa League final in 2013-14 before losing 4-2 to Sevilla on penalties.

Chelsea boss Jose Mourinho, who is on the 10-strong list, did not win anything last season.

"Some weren't in the European finals, some weren't even domestic champions," said Jesus.

"If I did, I would have a better-informed opinion, but I have noticed that there are some on the list who achieved less than I did.

"I couldn't help looking to see what some of them did not win.

"If you ask whether I wanted to be there, then I would say yes, it would have been a recognition of my work."