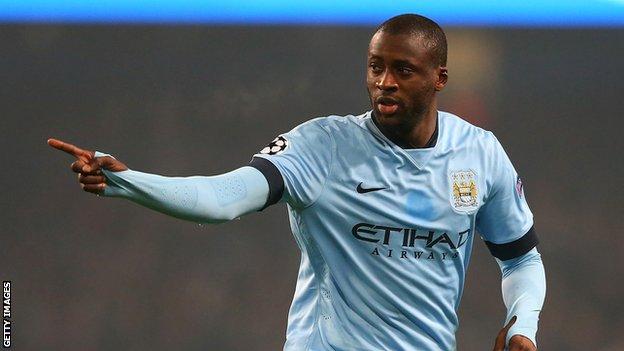 Reports emerged that Toure may be let go by City in January after he was sent off in their 2-1 Champions League defeat by CSKA Moscow on Wednesday.

But Pellegrini said: "Yaya is a very important player. In the second half he made a mistake, which saw him sent off.

"But I am not, and I am sure nobody else in this club is talking about selling Yaya Toure."

The 31-year-old was part of an Ivory Coast side that disappointingly lost two out of their three World Cup games. He was given the news of his brother Ibrahim's death only hours after the team lost their second World Cup match 2-1 to Colombia.

But Toure still made the Fifa shortlist for the 2014 Ballon D'Or prize in October.

"Of course there must be a lot of reports telling us Yaya will be sold," Pellegrini added.

"Maybe all those news come from other teams who want to see our team in the weakest form."