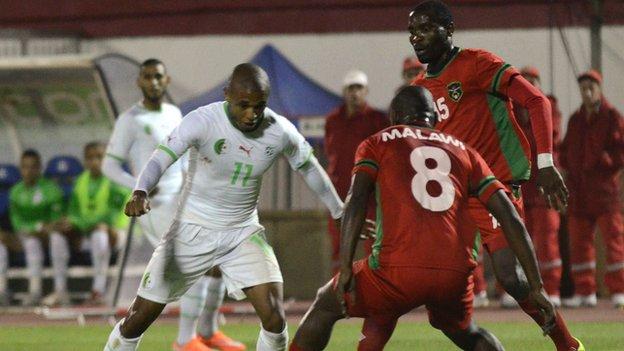 The Football Association of Malawi (Fam) president, Walter Nyamilandu, has confirmed the Flames will honour the final Africa Cup of Nations qualifiers despite financial problems.

Malawi's last two 2015 qualifiers are at home to Mali on 15 November before travelling to Ethiopia four days later.

Fam had said last week that it might be forced to withdraw from the qualifiers due to a lack of funds.

Nyamlindu also announced a revised budget of US$100,000 for the games.

Originally Fam had budgeted US$155,000 with the government had said they were not in a position to provide any funding for the ties.

Nyamilandu said that they must complete the qualifiers as Malawi still have a realistic chance of reaching the finals in January.

If they had withdrawn from the competition the rules state they would have been fined US$10,000 and not been allowed to participate in the qualifying for the 2017 Nations Cup.

Malawi are currently third in Group B just three points behind Mali in the battle for second place, with Algeria having already claimed one of the automatic qualifying spots.

One of the cost-cutting measures is that the association has named a 25-man squad for the matches rather than calling up 30 players as they have done in the past.

"This process alone will help us save about $20,000," Nyamilandu explained.

"We have also organised a a $50,000 overdraft facility from the bank which has been guaranteed by our sponsor Carlsberg Malawi.

"We then hope to raise $20,000 from gate takings when Malawi play Mali next week Saturday with $30,000 hoped to be raised from adverting - as the game will be televised on subscription TV."

Midfielder 40-year-old Fischer Kondowe, who has been in sparkling form for his local club Big Bullets, making a return to the team after more than a year out.

Esau Kanyenda, who plays in South Africa for Polokwane City, returns for the first time since playing against Kenya in August 2013.

Zicco Mkanda returns after nine months on the back of a hat-trick last weekend that helped his side Liga Muculmana become Mozambique champions.

Another locally-based striker, Peter Wadabwa, is also back after a year, while goalkeeper Charles Swini has been out for the last nine months.

Atusaye Nyondo and defender Lucky Malata miss out through injury, while Chiukepo Msowoya has been dropped after a dip in form for his club in Mozambique.