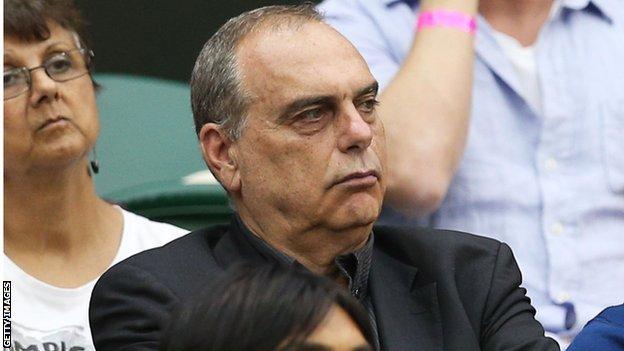 Former Chelsea boss Avram Grant will be named Ghana coach if he can reach a financial agreement with the country's football association.

"If we reach an agreement with him we'll appoint him as Black Stars coach," GFA boss Kwesi Nyantakyi said.

"If we don't reach an agreement with him, we'll look at our second option."

The GFA said the Israeli is their first choice ahead of the Spaniard Juan Ignacio Martinez and former Switzerland assistant coach Michel Pont.

"We're going to engage Grant on the details of the job requirement and expectations which will span from remuneration, conditions of service and others," Nyantakyi added.

"We are going to re-negotiate effectively. We know his salary expectation but we'd like to see if we can beat it down further."

The 59-year old took Chelsea to the final of the 2008 European Champions League and also had a four year spell in charge of the Israeli national team.

The GFA did not put a timeline on when they intend to make a firm appointment but say they will offer Grant a two year contract with a mandate to win Ghana their fifth Africa Cup of Nations title.

The Black Stars have been without a coach since Appiah left the job after the opening two 2015 Africa Cup of Nations qualifiers and was replaced by Maxwell Konadu on a temporary basis.

Konadu oversaw the Black Stars back-to-back ties against Guinea in October, leading them to a 1-1 draw and a 3-1 victory to lift them to the top of Group E.

The delay in finding a new coach means Konadu is set to oversee the Black Stars final qualifiers, away to Uganda on 15 November and then at home to Togo four days later.

Initially former Ghana coach Milovan Rajevac is being widely tipped to return to the post he held between 2008 and 2010.